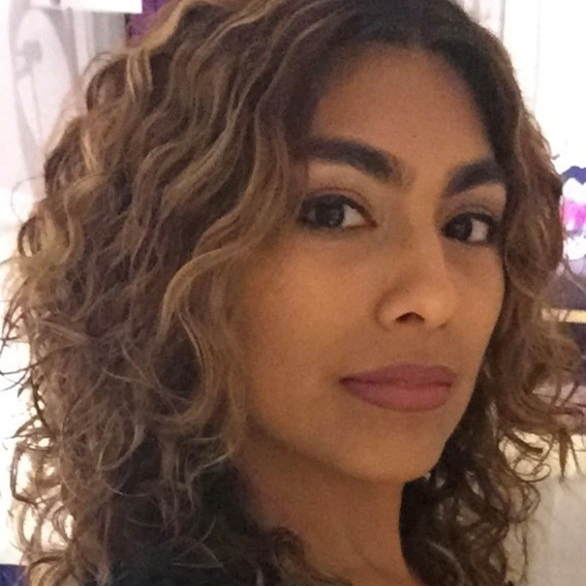 Before beginning my IT career, I was the manager of a wellness center for a university. While the thought of switching careers was frightening, I knew I needed a change, took a leap of faith, and started at a temp agency. From there, I went on to become an executive assistant to the CIO of an IT staffing agency. During that period, I came across an open position in telecom which sparked my interest.

After a discussion with my supervisor about my drive to find my place in IT, I transitioned to a job in telecom management where I provisioned cell phones that were granted company wide. I would administer the accounts, audit, and troubleshoot any issues that would arise. In the beginning, I was nervous, but I was eager to learn. I learned quickly and after my first year, I had a good handle on things. However, I wanted more.

The telecom team was working on a VoIP migration, and I wanted in. I spoke with my supervisor, and he allowed me to be a part of the project. I once again was not sure where I would fit in or how I could be an asset, but I knew I would find a need that I could fulfil. Quickly, I realized that to seamlessly migrate over 200 retail locations and two headquarters, I would need to conduct site surveys and capture all the necessary data. I took it upon myself to do it. Soon enough, I was being asked to join meetings, and I knew then, that my work was an integral part in making this project successful and leading me to find my place in IT.

I care about what I do and about the people that I work with. I focus on devoting so much passion into what I do and treat every team goal with conviction. I take pride in my work because I feel it is an extension of myself. I also enjoy being part of a team. I come from a big family that required us to overcome many struggles in life, and I was only able to make it because we took care of each other. Those principles have become the defining factors of my life and have crossed over into my professional career.

Everywhere that I have found success, there was a caring atmosphere that made me feel comfortable and confident in myself. This is what led me to being where I am today, and I hope to create that same caring atmosphere for others.

I have had several mentors, women and men alike. When I worked for the university, a mentor of mine would take me to all of her meetings with her where I was responsible for taking notes and helping to keep her organized. She taught me how to see my self-worth. I come from a rough upbringing, and due to my past, I never imagined that I could be surrounded by executive level people and not feel invisible. In IT, I had the honor to work with amazing engineers that would have the patience to answer all my questions and they never made me feel inferior.

My supervisors and the executive-level team encourage growth and are always willing to listen to my ideas. They have supported me throughout my tenure, and I have been able to grow professionally and personally.

Mentorship in supporting and advancing the careers of women is essential; especially in positions and industries that are historically male-dominated, such as IT. I was able to advance in my career because men and woman alike took me under their wing and showed me the ropes. I was able to gain confidence in myself and find my strengths and weaknesses.

My life has changed due to mentorship, and I am forever grateful and willing to do the same for others. For example, I had a project where over 1,000 locations were migrating to new network technology, and I needed help. After many interviews we found the right candidate, whom I knew was the right person for the job. She was inexperienced but very eager to work and learn, and that was enough for me.

After 5 months of intense training, I felt confident that she could manage her responsibilities without my presence. This allowed her to hone her skills and become confident in herself. After completing a successful project, she moved on to her new role as a technology professional in the world of telecom. We stay connected to this day and the mentorship continues. This was and continues to be one of the most rewarding parts of my job.

Susan Wojcicki has been CEO of YouTube since February 2014. She advocated for Google’s $1.65 billion acquisition of YouTube in 2006. The site is now worth an estimated $90 billion. She is a mother of five children and was still able to find success in her career. Once women start having children, it is commonly expected that we must make a choice, career or family.

As a mother of two young adventurous boys, I faced that same difficult choice. It is hard to drive towards your professional career without sometimes feeling that you are neglecting your motherly duties. However, looking up to Susan, I feel confident in what I am doing because she has created a path for mothers that want both.

Do it and do not give up. Do not let anyone discourage you. I did not know much about telecom when I first started, and I took a leap of faith and asked a lot of questions. I still do today. Do not leave the room until you have had your questions answered. The worst that can happen when you ask the question is you will learn one way or another. Have the courage to ask for opportunities or make your own.

Leading the Next Generation

I would say the greatest challenge for organizations to overcome in the technology industry is to acknowledge and appreciate able women. I used to be the type of worker that did my work and stayed in the background, hidden behind my superiors. My supervisor made it his mission to get me out of my comfort zone from behind the scenes and put me in the forefront.

I have had to present my ideas to business leaders. It was nerve wrecking at first, but I realized how important it was to advocate for my ideas, and now I do not see it any other way. I can see the growth in all of us, it has been great to have a supervisor that really takes a lead in taking the employees to the next level by promoting a “Lean In” mentality.

Alma Machado is a lead telecom analyst for Office Depot, a wholly-owned subsidiary of The ODP Corporation (NASDAQ:ODP), a leading provider of business services, products and digital workplace technology solutions through an integrated B2B distribution platform with an online presence and approximately 1,000 stores. In her role, Alma drives value for the business units she supports by leveraging partnerships across vendors and internal teams to implement enhanced solutions for the customers she serves. With over 14 years of telecom experience, she has built a record of success adapting to and managing technology changes, reducing costs, and achieving customer satisfaction.