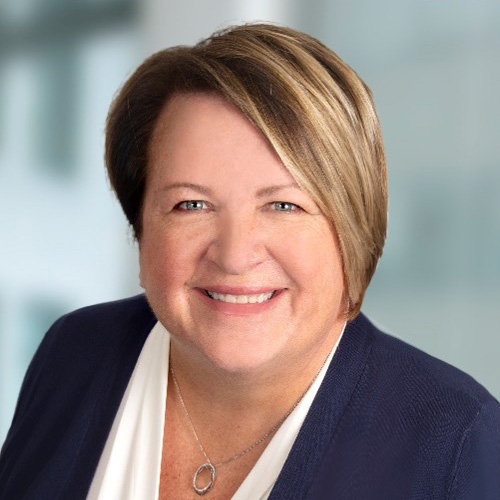 I began my career as a writer and editor for an entertainment magazine for a large cable company. Somehow part of my role became running the word processing system that that we used to produce the magazines. Keep in mind, this was pre-desktop computers and pre-Internet. I loved the duality of the role: being able to use both the creative and analytic sides of my brain. By the late ’90s when publishing went through a serious downturn, I knew I needed a change. I had essentially taught myself DOS and knew tech was a growth industry. I began using my storytelling abilities to write case studies and brochures for a telecom equipment manufacturer. That was it. Marketing for technology companies became my gig and I’ve been at it now for 25 years.

I’m passionate about keeping the customer at the center of the journey and communicating clearly. When being shown a new feature or functionality, my go-to words have always been “So what?” There is no point touting a product or feature if you can’t succinctly communicate the benefits to the end user. Every new feature does not deserve a press release! On top of that, there is the issue of clarity. Tech is notorious for runaway jargon and acronyms. Companies can really struggle with translating complex concepts into digestible messaging. It’s a challenge to maintain that customer perspective, but it’s crucial.

My most influential mentor was the person who hired me for that first job in tech. We eventually worked together at three different companies. We are opposites in many ways, but we worked extremely well together. His ability to visualize technology was a game changer for me in terms of learning how to market technology. We were constantly at the whiteboard mapping out concepts. Now when I need to dig into a process or product, I go through that exercise of illustrating it to gain clarity. He’s also one of the most caring people I’ve ever worked with. From a management perspective, that’s what really stuck with me… how to genuinely care about the people you work with and not be afraid to show it. That no matter how stressful things get, you need to see the person…not the task…and ask, “How are you doing? How’s the family?”

I think mentorship of women in tech is vital. When I got into tech, there was very little in the way of organized professional support. I can recall being on the “Bring Your Daughter to Work Day” team in my first tech job and taking about 20 girls on a tour and then teaching them how to access the Internet! That was mentorship! There have been some big strides over the last few decades but there are still areas of the tech world where women are not really accepted (hello, gaming). I think mentorship has to start early—in grade school—so that girls grow up knowing that there is a place for them in tech and that the environment is supportive. These young women growing up have never known a time without a smartphone, or Instagram, or a VR headset, and they’re full of ideas that we can’t even comprehend. They deserve the chance to bring those ideas life.

The Notorious RBG was my spirit animal! Such a smart, sassy, vibrant woman in such a tiny, frail frame. I have a quote from her in my office: “So often in life, things that you regard as an impediment turn out to be great good fortune.” She’s talking about setbacks and how we have so much to learn from them. Any woman working in tech (or any industry) knows what that’s about. Katherine Johnson, another woman I admire, understood that. She was a brilliant mathematician at NASA, strong enough to stand up and show everyone how smart and capable she was at a time when the establishment didn’t let many women do that…let alone a black woman. She was simply remarkable. I’d also have to say that as a writer at heart, I like Joanna Stern, a technology columnist at the Wall Street Journal. I like her perspective on how tech is changing our world.

LEADING THE NEXT GENERATION

The tech sector is broad and getting wider every day, so I think it can be helpful to understand what you like and how that can be applied to the tech field. For instance, if you’re interested in health and wellness, then maybe biotech is the place for you. Consider yourself the creative type? Art tech is a thing! Tech has been woven into the very fabric of our lives and there is no skill, no hobby, no pastime, or pleasure that doesn’t have a segment of tech dedicated to it. Follow your passion to the tech that enables it.

The more women who start their own tech companies, the more gender equality in leadership there will be. Simple, right? The challenge, of course, is providing these female entrepreneurs with the same level of financial backing and support that male-owned firms receive. In 2020, women-led start-ups received only 2.3% of VC funding. That is a shocking illustration of the inequity women in business still face. My hope is that the latter generations, which are less defined by the classic male/female roles, will begin to resolve some of this imbalance. In the meantime, I think tech companies themselves would be wise to pick up the slack and provide early support for some of these female entrepreneurs as they nurture technology that has the potential to become the next unicorn.

A marketing and communications professional with more than 20 years in the tech sector, Ann spends her days creating awareness and generating demand for vCom Solutions. Ann’s career in tech began back in the days of word processors and key systems. Prior to joining vCom, she spent 11 years with Tangoe where she implemented innovative programs that helped establish the nascent TEM market and supported the organization’s successful business growth.