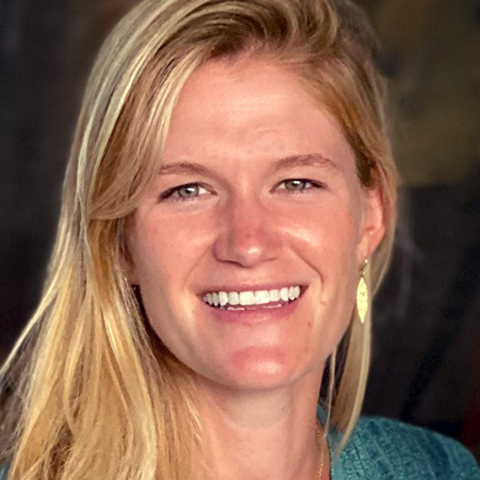 My career in technology was an accident! After a summer internship with a government agency got defunded during my college years, I had to scramble for a job and ended up working for a satellite communications company. Although my academic background was in foreign affairs and the Middle East, I enjoyed the faster pace of the private sector and the opportunity to advance professionally in direct relation to my value to an organization rather than a pre-defined career track.

Although my arrival in the tech space was somewhat serendipitous, it is exciting to be a part of an industry that feels like it is constantly developing. The satellite industry in particular relied on relatively older technology until recent years, so it is a particularly interesting era. In that time there has been huge inflows of capital, including major investment from high-profile tech leaders – i.e., Elon Musk, Jeff Bezos, Bill Gates – so we are in a high-growth, high technology development phase. The technology Kymeta is producing today was almost unthinkable when I started my first internship.

While I would love to be considered a visionary type, my strength is being an operator. I work well with idea people because I can take the dream and make it a reality. The first guy I worked for remarked that what made me unique was always finding a way past the obstacles – around, over, or if necessary, straight through! At Kymeta, I have been able to take strategy requests (i.e., develop a new service offering, optimize the way we sell to our customers, improve internal processes) and work with the right people to execute on the vision.

As a former (and still recovering) small business owner, I learn very quickly, I love efficiency, and I try to put myself in others’ shoes to understand and eliminate blockers. I think it has been helpful to a startup like Kymeta that faces the same growth challenges as any high-growth phase company to bring an outcomes-focused, can-do mentality to the table.

My mother-in-law, Susan Swanezy, paved the way in many respects for women in real estate finance, having started on Wall Street in the 1980s. Over a fruitful career, she has demonstrated that women can be strong leaders and contributors in a male-dominated environment without losing a sense of femininity or levity, and she has been a strong advocate for women in her industry. She has always brought a practical, market-based perspective to helping me understand my value. She also reminds me that I can be myself and be respected.

I think women need male and female mentors in a professional setting, particularly one that lacks gender parity, so they have access to different perspectives. When I got pregnant with my son, I wasn’t sure how my organization would react to an executive taking maternity leave. Susan helped me understand comps across other industries so that my request was fair to me and to the company. My dad helped me prepare for “the talk” and (correctly) predicted the male leadership’s response – very supportive!

Sheryl Sandberg published Lean In when I was starting my career. I took so many lessons from her book and would recommend it to any woman working in a professional setting. She helped me understand that women have to be responsible for their own outcomes – if we wait passively for a promotion, a salary raise, a seat at the table – we are likely to be passed by. Her anecdotes about underqualified men knocking down her door to explain why they should get a newly posted job while overqualified women held themselves back, fearing they “needed more experience” before going for a new role, were eye-opening.

There are of course systemic reasons that women do not advance professionally at the rate of men – but our stereotypical “pleaser” personality is also part of the problem. Women have to advocate for themselves. Having an objective third party (mentor) to help you understand your market value and argue for that recognition is key.

Sandberg’s book makes the point that sometimes you just have to grit your teeth and go for it – even if the answer is no, raising your hand at work puts you on the radar and will increase your chances of being considered in the future.

Leading the Next Generation

Federal support for early childhood care is absolutely critical to keeping women in the workforce and getting greater gender parity at the executive level. CEOs in the tech industry should make this a focus. It costs around $30,000 in pre-tax income to send my 9-month-old son to daycare every year, and I don’t live in a big city. Imagine having 2 or more kids – even if you make $80-100k annually, at some point it just doesn’t make economic sense to work. And working with young kids isn’t easy!

We are losing so much female talent at the child-rearing juncture; even if someone decides to get back into work, once a woman has been out of the workforce for 5-10 years, she obviously won’t rise to the executive level at the same rate as her male peers.

While we are doing a better job of supporting paternity leave (which is so important in so many ways!) the US is one of the only developed nations that basically tells parents, “Good luck with the kids” until they are 5 years old. This is undoubtedly one of the reasons that the birth rate in the US has dropped 20% since 2007 (a shocking and highly problematic statistic for the US economy and society in general) – and it has dropped across all demographics.

We desperately need pro-natal policies, and I hope technology CEOs push for this at the state level and in Congress.

Isabel LeBoutillier joined Kymeta when the company acquired her business Lepton Global Solutions in 2020 to build out a global network services offering. In her role, Isabel oversees the connectivity offering, technical support operation, and works closely with Kymeta’s BSS/OSS teams to effectuate strategic business offerings. Isabel founded Lepton Global Solutions in 2013 after starting her career in satellite communications at MTN Government Services. She is a University of Virginia graduate, where she studied foreign affairs with a focus on the Middle East. She speaks French, enjoys the outdoors, and lives in Charlottesville with her husband, son, and two dogs.