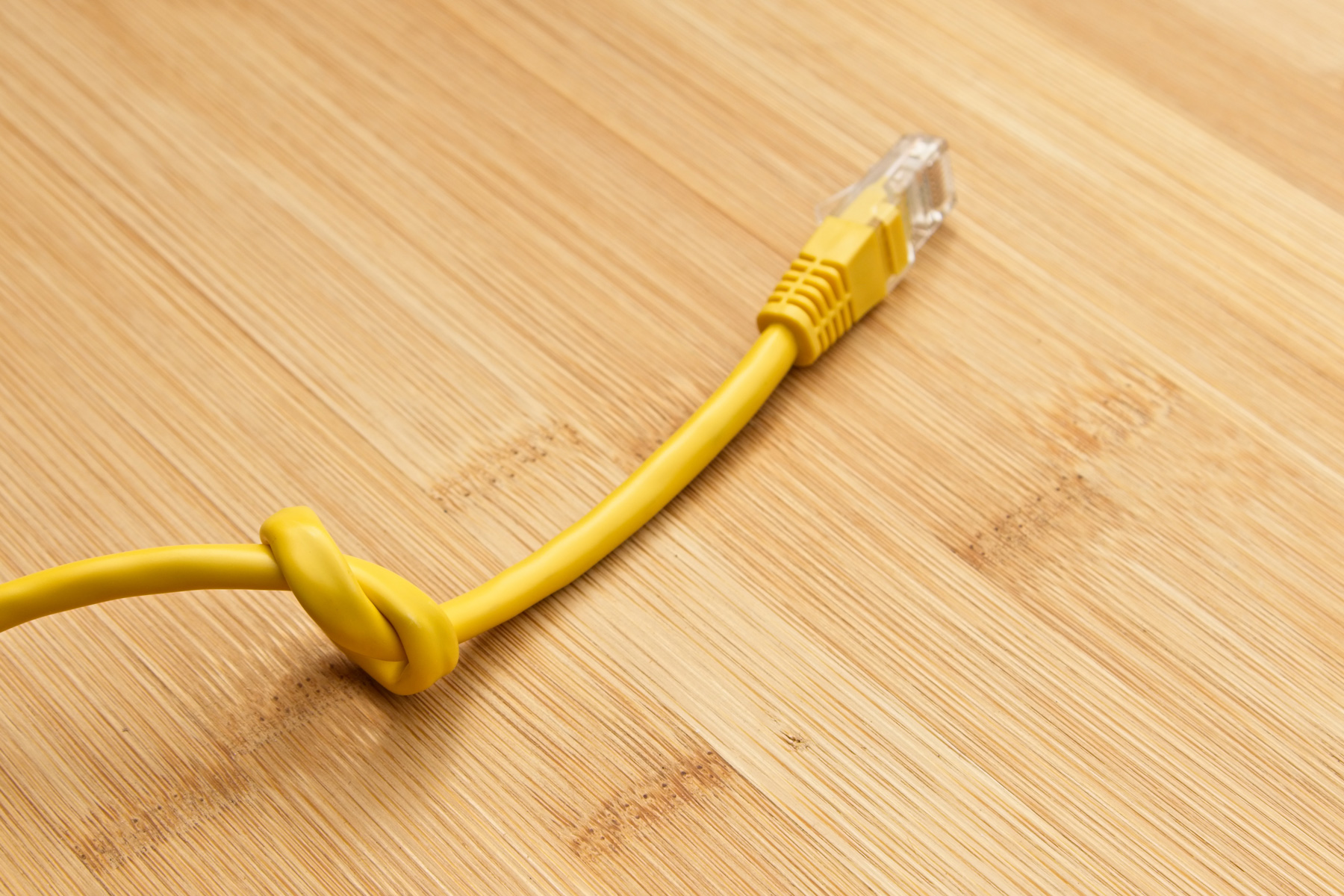 Considering many issues that have assumed prominence in recent years because of their quickly changing and wide-reaching impacts — think pandemic, supply chain, broadband access, 5G, data privacy, cybersecurity to name a few — net neutrality might seem to have taken a slight back seat.

That does not negate that a debate still exists on open internet access and how it affects telecom, mobility, and IT decisions, both within the United States and globally. Back in 2017, the Federal Communications Commission (FCC) repealed rules instated during President Barak Obama’s presidency that both prevented broadband providers’ ability to charge enterprises a premium to receive faster content and to slow or block website access. Obama has pushed to treat internet access with a more regulated approach, much like a utility, with open internet access. Trump’s position fell square on the side of free-market competition.

This political ping-pong is a prime example of the debate over net neutrality and the many viewpoints on how it should/should not be treated. In the interim, many people are still waiting to see in what form President Joe Biden will make his views be known. We reached out to several experts to discuss how they see this issue, in and away from US borders.

Lauren Van Wazer is the VP of Global Public Policy and Regulatory Affairs with Akamai Technologies, a content delivery network and cybersecurity provider headquartered in Cambridge, Massachusetts. She’s frank in her assessment that net neutrality has a fluid definition that, “depends on the region you’re in and how the regulators define it.” Stateside, she doesn’t anticipate a renewed political push for regulations to ensure net neutrality in the U.S. in wake of the pandemic and changing work environments, especially as it relates to healthcare. She does caution enterprises to be thoughtful of the regulatory potential as it relates to their healthcare applications and provider connections.

“The internet has flourished having a light regulatory regime. The yo-yo nature of the regulations engenders uncertainty, which is problematic. Look at the universe of what all players in the ecosystem would agree to, for example, the consumer bill of rights in the last go-around on net neutrality. Players said they would adhere voluntarily.

“Fundamentally, we’re at a different place on this issue. The pandemic has pushed the migration of services online and stress-tested the industry. Traffic has grown but there have been no massive internet outages. That’s part of a story we need to consider with the U.S. with additional interests in net neutrality.

“Telehealth before the pandemic was a theoretical set of services; specialized services, like 911, do not have to wait for connection or have slow experience. Telehealth is not theoretical anymore and most people have experienced online appointments. We’ve had experience with a whole host of services we haven’t before, and it’s worked out well.”

Van Wazer said efforts to formally define and regulate net neutrality would better be served to focus on what is creating the largest inequities in terms of digital access services online, like telehealth and education, and whether any regulations in place have created unintentional impediments. Maximizing access to essential services by increasing broadband and providing federal subsidies for online education should be government priorities, she said.

“It’s critical for regulators to approach with the first thought of ‘Do no harm,’” she said. “Regulations do not evolve at the speed of technology and unintentional consequences could occur.”

Enterprises that can buy the type of services that fall into specialized services should look closely at these issues, Van Wazer said. “It’s a concept that is international, but every country defines this differently. Telehealth providers should focus on net neutrality regulations and how it impacts services such as latency. For latent sensitive applications that could be impacted inversely from net neutrality regime, I would really be paying close attention to what happens in that space.”

“Is there a need for regulators to govern private contractual obligations? The U.S. has no rules. You’ll find people who are advocates for new net neutrality regime in the U.S. who will say, ‘We have to take a broader lens, look around the world and see everything has migrated online with widely varying regimes.’

“We can discuss the problems we’re trying to fix and what we would like to see happen. Are there new technologies that come into play that mean is it less or more important or lessons that help militate a new position? Regimes around the world share an interest in making sure their citizenry has appropriate access to services online. It’s interesting in the sense there are so many different approaches.”

Peter Hum, managing director for Singapore-based StrateValue, strictly defines net neutrality as “at its most fundamental, the implied basic idea of whether you have physical access to the internet or not,” but said also maintains, “It is a topic that is interesting, diverse, and contentious.”

He said while some may define it as 100% access, others may debate that physical access aside, it broadens to include how much it costs and what can be accessed. Hum said the dividing line between the different approaches is that “the process of the internet doesn’t exist without access.” He maintained the responsibility to define and maintain net neutrality is enforced by the ISP and can be discriminatory in terms of service costs.

“The APAC region is more disparate and net neutrality is about logical access. The European Union differs from APAC because its laws are more homogenous.

“In the end, it’s about defending the international rule of law to ensure society is stable. That’s what it all comes down to.”

Having a globally accepted definition for net neutrality is not in the near future, if ever, Hum said.

“That won’t happen. Every country has its own sense of rule. Having a blanket rule will not happen in my lifetime. The interpretation is too diverse. China will have a heavier hand than Singapore. Malaysia will have a heavier sense of filtering than Taiwan. Cultural sensitivities define it.

“The most important thing is net neutrality takes on different forms and definitions. It’s not 100% enforceable. Every government has different priorities, sensibilities, and sensitivities towards its national interest. In the end, the internet represents an opportunity and a threat to a government. It’s an influential tool that can impact different ages, races, personal interests, and it affects you.”

Dan Rayburn, a principal analyst at Frost & Sullivan who has been invited to testify before Congress as an expert on telecommergers and internet infrastructure, said when it comes to net neutrality.

He pointed to regulatory issues and an essential misunderstanding of how net neutrality is defined as the reasons driving the debate.

“One of the issues we have is people complaining about high prices and lack of competition with internet services. But what they don’t understand is that it’s the FTC (Federal Trade Commission), which has regulatory authority over those specific issues, not the FCC. When I broke the news that Cogent was favoring traffic on its network and impacting the delivery of third-party content, without disclosing it, the company was not penalized under the net neutrality rules because it is not considered an internet service provider (ISP) or wireless carrier, which are the only type of companies the rules applied to.”

This is a reference dating back to 2014 and Netflix’s relationship with Comcast and other ISPs, who were using transit providers like Cogent to connect their networks and deliver Netflix content into ISP networks. Netflix argued it should get free access to any ISPs network and as much capacity as it needed, without having to pay.

“Netflix was just trying to lower their transit and peering costs and were disguising it as a ‘net neutrality’ issue. But in reality, actual net neutrality violations from wireless carriers and ISPs were isolated. If a public company slowed or prioritized traffic in any way on purpose, it would be crushed on Wall Street. It’s just bad for business and there is no reason for them to do it.”

With Biden’s 2021 executive order, many expected it to specifically address topics like competitive pricing for internet access, which Rayburn says has “nothing to do with net neutrality, from a legal standpoint, and only further highlights the misunderstanding of net neutrality.”

He defines net neutrality as, “The idea and principle that no network operator, backbone provider, ISP, carrier, or transit provider can prioritize and degrade — on purpose — the quality of one service over another.

These entities should be allowed to do network management in real time, but not allowed to do what Cogent did, which he termed “a middleman,” and prioritize data based on user type, favoring their “retail customers.”

“If an internet service provider or wireless carrier raises prices, that falls under the FTC, not the FCC. They are the ones to blame. Facebook had to get regulatory approval from the FTC to acquire Instagram. They were given permission and now are being sued over being too large. It’s the same idea of these other companies that were allowed to get larger. If you want to complain about it go ahead, but that is an FTC issue.”

“On the topic of data caps, they don’t have anything to do with net neutrality either. The bottom line is Americans don’t like being told they can’t do something — even if they weren’t going to. Outside of the US, it’s different; the vast majority of content owners and ISPs are willing to work together and trade traffic differently.”

Telecom and media regulatory expert Deborah Lathen, president of Lathen Consulting, is a former FCC cable bureau chief. Beyond net neutrality she said, the arguments have mostly been about defining non-discrimination.

“Proponents of net neutrality argue that large ISPs should not be able to favor one company over another by charging higher rates to those who can pay more, thus stifling the competitiveness of smaller players to utilize the internet,” Lathen said. “The ISP response has been that large edge providers such as Netflix who use massive amounts of bandwidth should not get a free ride. Netflix eventually entered into contracts with ISPs. The ISPs assert that they have always adhered to nondiscriminatory Internet fundamental principles. They do not slow down or buffer traffic or favor one competitor over another.”

Lathen directed her thoughts to people now working at home and using their home networks, which are for consumer use. “Are businesses getting a free ride?” she questioned. She pointed out consumer networks aren’t always acceptable for remote work because of privacy and adequate encryption concerns, for this reason, some businesses may require home workers to utilize company or VPN networks. She recognized telework and high-speed internet access differ from net neutrality and that philosophically the country is content with its current status.

“We’ve moved beyond this,” Lathen said regarding net neutrality’s place on the playing field. “Net neutrality has had its street fights, then things calmed down because people move on to other regulatory issues like the infrastructure bill and getting broadband deployed to Tribal and rural communities.

With an open spot waiting to be filled within the FCC, Lathen forecasts digital literacy, broadband deployment, cellular mapping, and Telehealth as the next issues to be tackled.

“Right now, it’s in the shadows. You can’t move the agenda unless the FCC is at full capacity.” 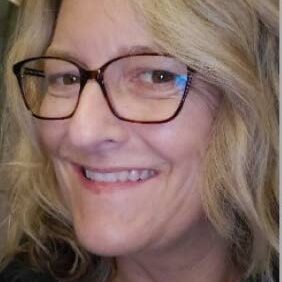 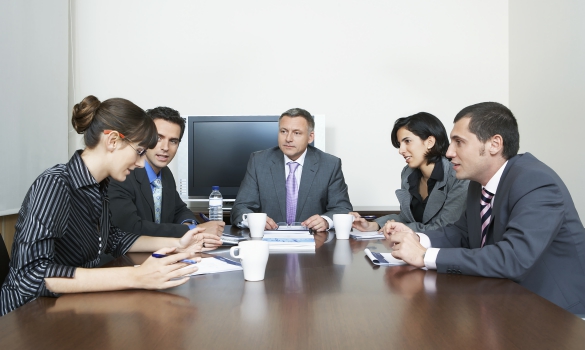 How Does the Human Side of Business Decisions Drive Investment Value? 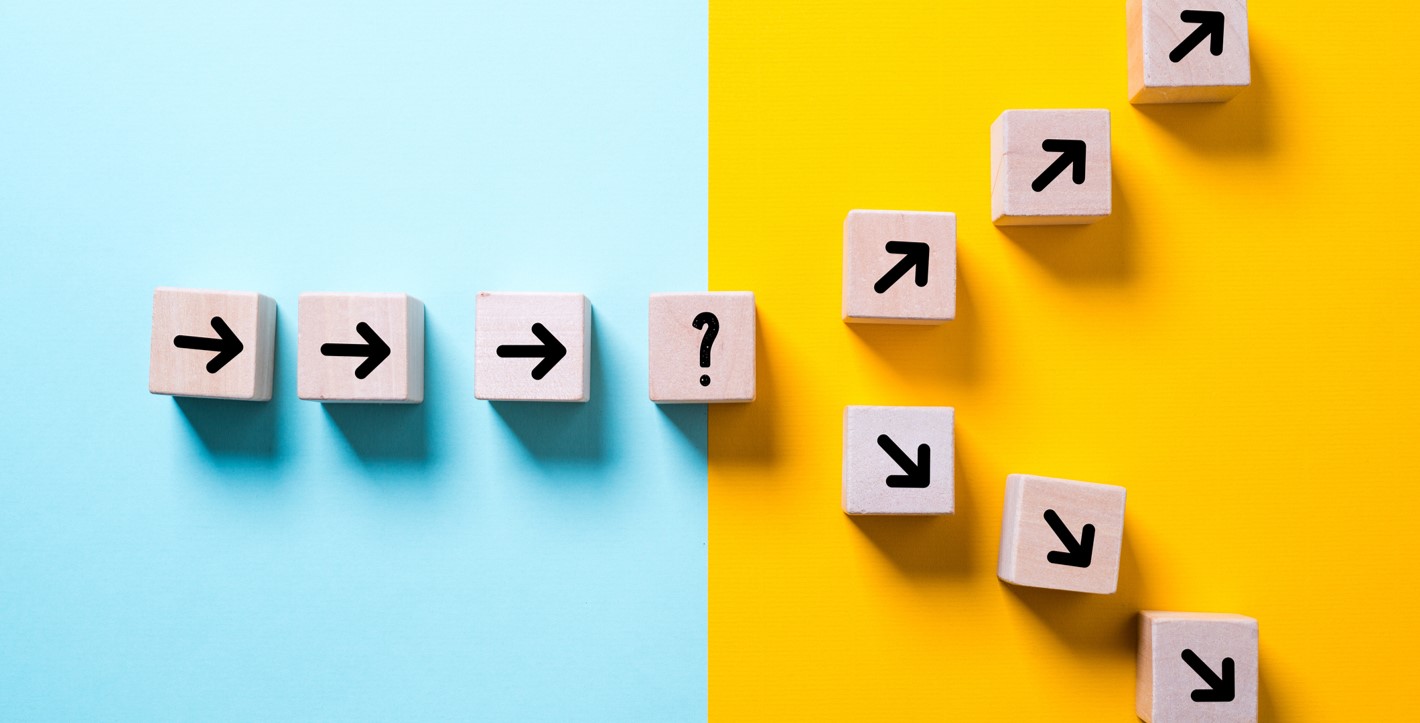 Investing in What’s Next During Uncertain Times 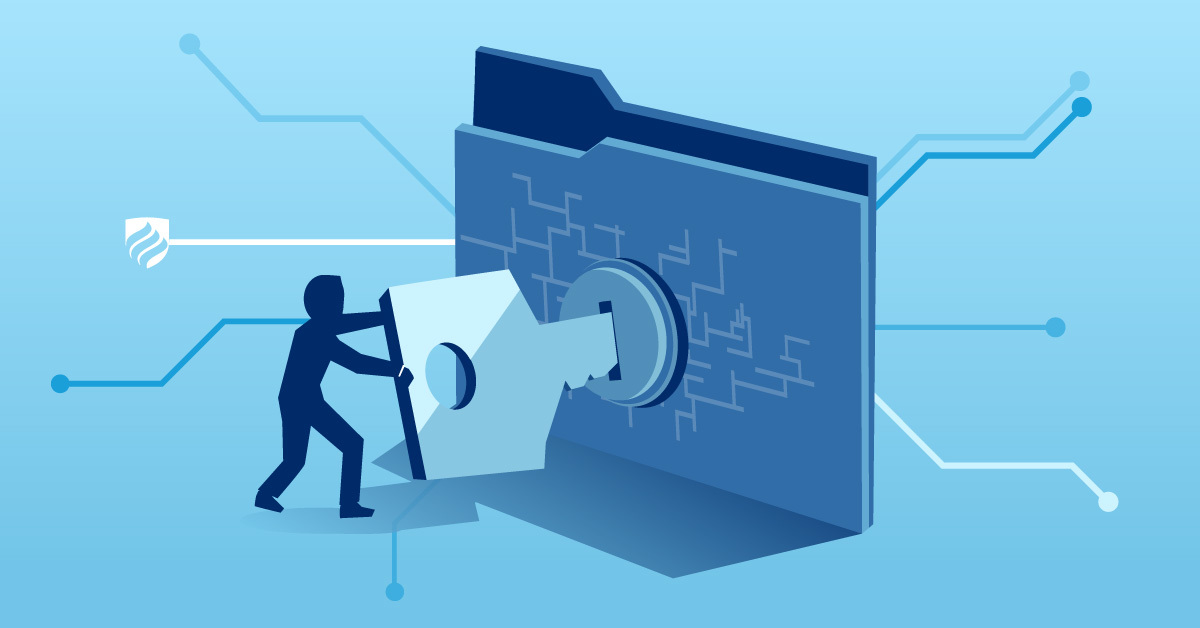 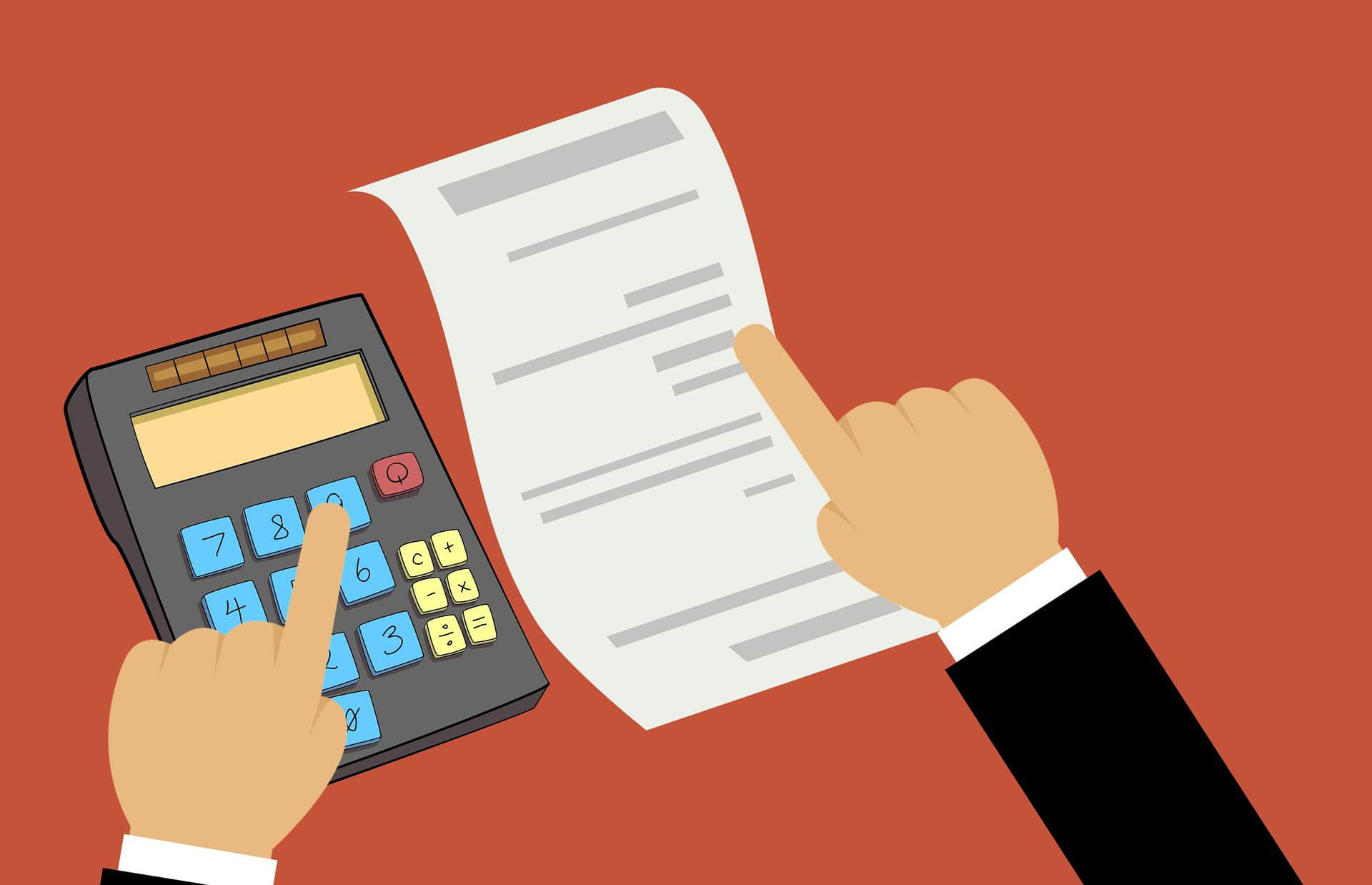 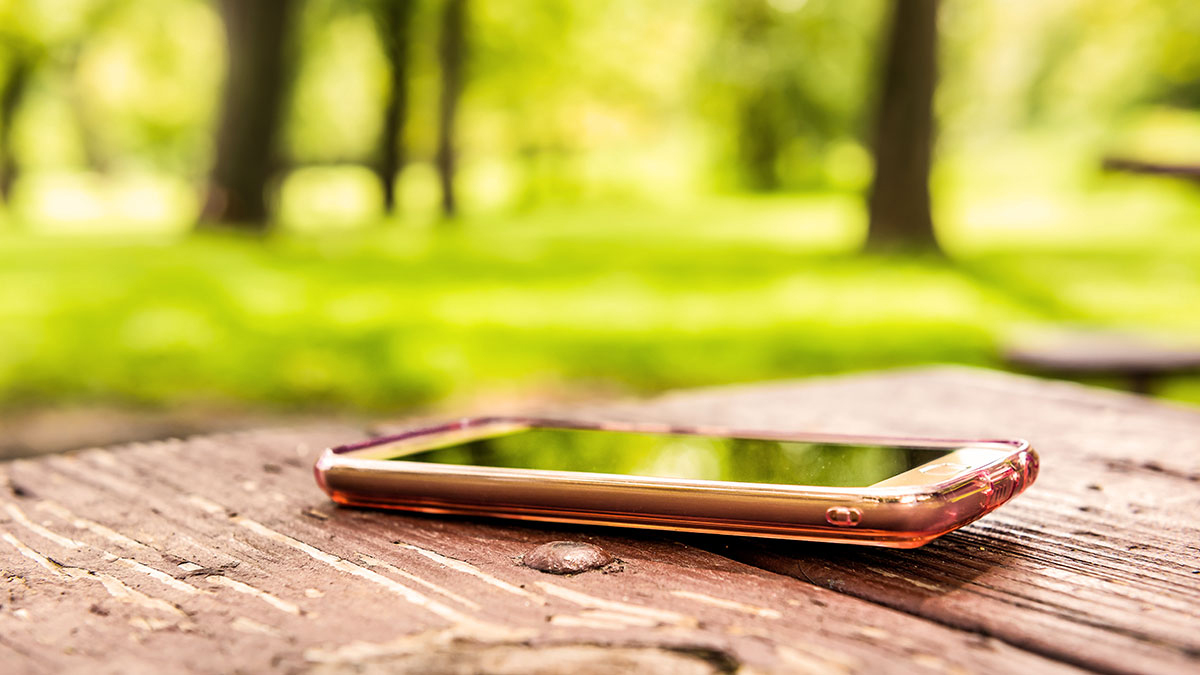 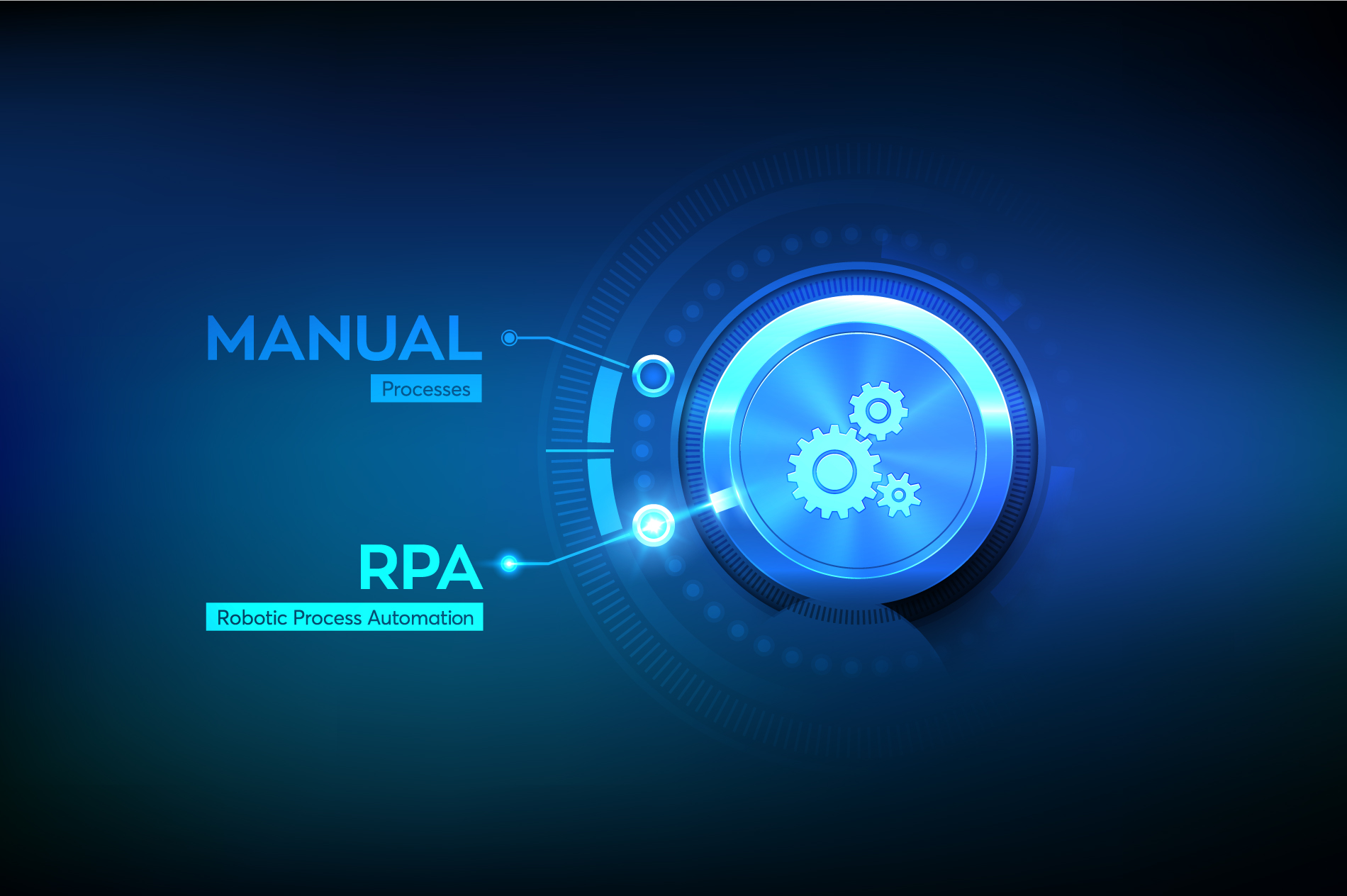